Amid the sound of firecrackers goes the old year, And spring breeze brings warmth to the Tusu wine. At countless doors new peach wood charms appear, In place of the old, houses are bathed in morning Sunshine. 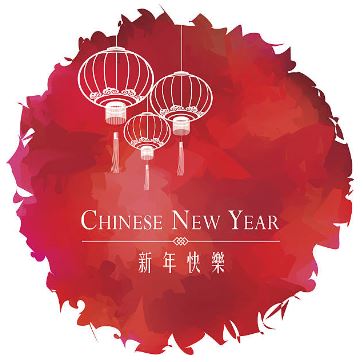 Numerous poems have depicted Chinese New Year’s Eve ever since ancient times in China. In the poem above, Wang Anshi described the festival’s cultural connotations.

The Spring Festival, or the Chinese New Year, remains the most important and jubilant festival in China. This is the time when Chinese people greet the lunar New Year according to the Chinese lunar calendar. The festive atmosphere fills the air since the 23rd day of the 12th lunar month and only ends in the 2nd day of the 2nd lunar month. The climax of the festival happens from the Chinese New Year’s Eve to the Lantern Festival.

On the eve of Chinese New Year, people return home for family reunions. Children, who Always look forward to celebrating New Year’s Day, stay up all night, laughing happily. All family members stay up to welcome the New Year, expressing their hopes and wishes for a better future. 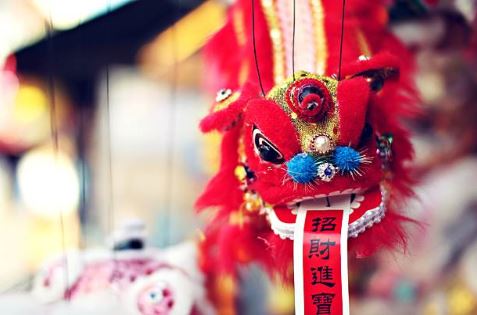 This day, commonly known as xiaonian, is the main occasion for worshipping the Kitchen God.

Legend has it that on this day the Kitchen God reports all earthly affairs to Jade Emperor, the highest deity in the Chinese pantheon. Hence people put candy and fruits before a statue of the Kitchen God; then, placing honey on his mouth, people hope that he would bring good luck.

This is also a day for eating jiaozi (dumplings) and zaotang (a kind of barley sugar used in worshipping the Kitchen God), which is sweet and crisp.

Since ancient times, Chinese people have observed the custom of cleaning their homes on the 24th day of the 12th lunar month.

In Chinese, the character “chen” (literally “dust”) has the same tone and pronunciation as one term for “old”. Hence, to dust is to sweep away the old and all that it entails, and to usher in the new. On this day, every household cleans forniture, bedding and utensils, dusts away cobwebs, and dredges ditches and canals.

At this time, dishes are prepared for the lunar New Year. Beijing natives cook roosters, and other kinds of meat, as well as bathing and changing clothes to rid themselves of the old and dirty.

Indeed, it is said that bathing on this day helps to remove any bad luck or disease picked up in the year, expressing the desire for future health and happiness. 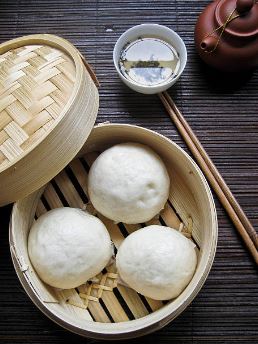 On this day and the next, Beijing natives steam enough buns to feed the whole family for around a week. These buns are called genianchi (to be eaten in the following year), and are embellished with red dots, emblems of good luck.

During the Spring Festival, cooking methods such as steaming, frying, and baking are generally avoided, since “steam” has the same pronunciation as “dispute”, “fry” as “quarrel” and “explode”, while “bake” sounds similar to “fall”. As for Beijingers, they refrain from using flames to cook in their kitchens from the first to the fifth day of the first lunar month. 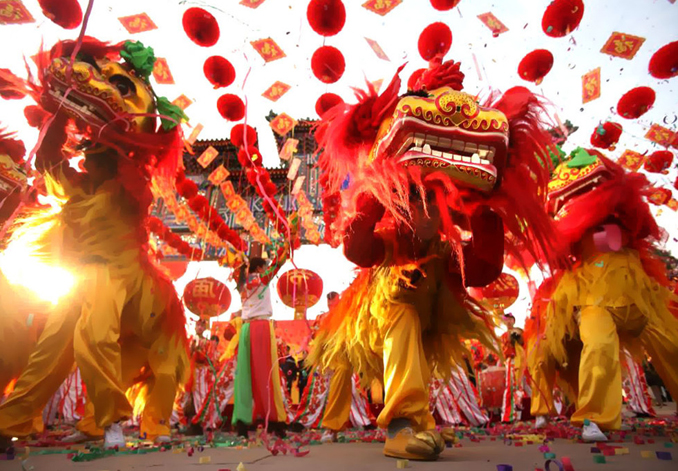 Chuxi, or the Chinese New Year’s Eve, falls on the last day (29th or 30th day) of the 12th lunar month. At this time, people set off firecrackers, enjoy a family reunion dinner, stay up late or all night, and give children “gift money”.

Chuxi is a time of family reunions, of bidding farewell to the old and welcoming the new amid a festive atmosphere. 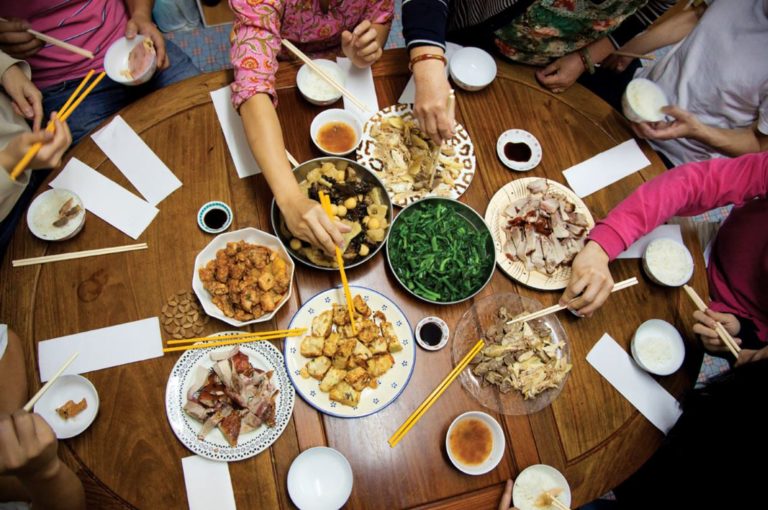 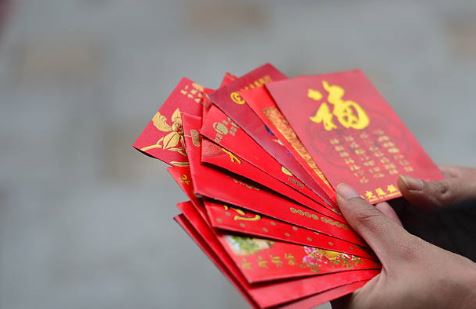 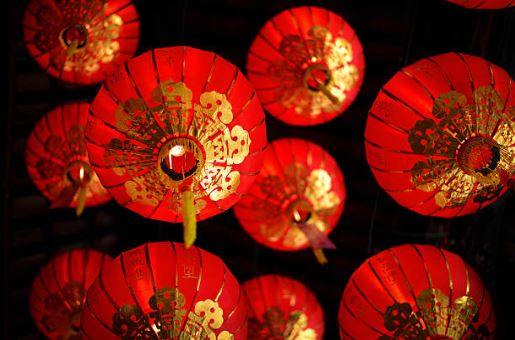 THE 1st DAY OF THE 1st LUNAR MONTH

People begin the day by setting off firecrackers, a practice known as kaimen paozhang (firecrackers for opening the door). People also exchange congratulations on the lunar New Year.

According to legend, this is also the “birthday” of the household broom, use of which is forbidden at this time to prevent financial loss or other misfortunes. 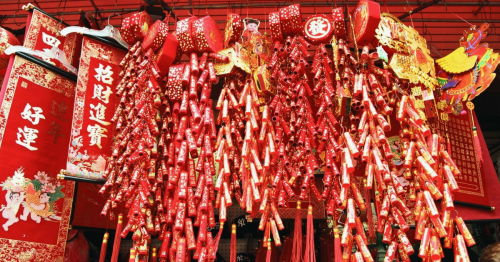 The 2nd day of the 1st lunar month

In ancient times, a married woman usually returned to her parents’ home on the 2nd day of the 1st lunar month, and this gradually became a custom. Indeed, on this day, a woman and her husband take gifts to her parents’ home, and hence the date is known as the “day for welcoming the son-in-law”.

The 3rd day of the 1st lunar month

Legend has it that rats get married on this day, and thus people go to bed early in the evening so as not to disturb their wedding. This legend is the theme of some Chinese paper-cuts, a traditional decorative art form, used to represent auspiciousness during festivals and celebrations.

On the evening of this day, mothers tell the legend to their children, and bid them go to bed early to listen to the wedding music.

The 4th day of the 1st lunar month

One Chinese myth tells of how the goddess Nüwa created six domestic animals (rooster, dog, pig, goat, ox and horse) from the 1st to the 6th day of the 1st lunar month.

The 4th day is known as the “day of the goat”. At this time, people welcome the return of the Kitchen God to the earthly world.

The 5th day of the 1st lunar month

This day is commonly known as powu, a day when many taboos can be broken. On the morning, houses are cleaned, domestic garbage thrown away, and firecrackers set off to drive away bad luck and poverty.

Moreover, every household in Beijing makes and eats jiaozi. The dough symbolises the mouths of the vulgar, and dough kneading the act of stopping them from uttering malicious words.

The 6th day of the 1st lunar month

Traditionally, shops reopen on the 6th day of the 1st lunar month, following a Holiday from the 1st to the 5th day. On the morning of this day, shop staff set off firecrackers to create a dynamic atmosphere ready for reopening.

This custom has changed in Beijing. However, locals still set off firecrackers on the morning to mark the reopening of business.

The 15th day of the 1st lunar month

This is the date of the Lantern Festival, and features the first full moon of the lunar New Year. It is also known as the Yuanxiao or Shangyuan Festival. Families get together to appreciate the moon and try to solve riddles written on the lanterns.

In Beijing, during the festival, visitors and locals take part in a great array of traditional activities. 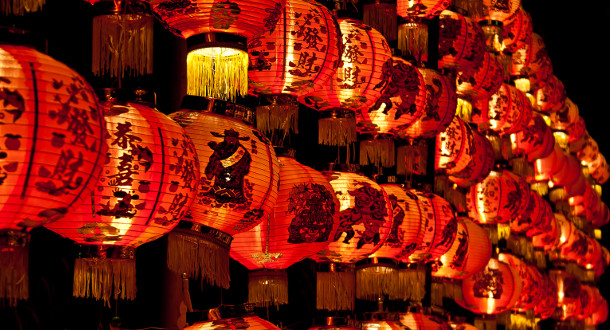 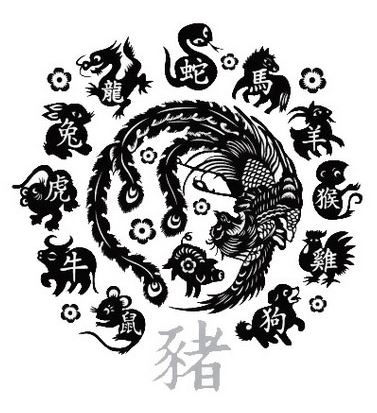 When meeting a new freind, Chinese tend to talk about shuxiang, that indicates a person’s lunar Birth year by signifying any of the 12 animals in Chinese zodiac. Personified by ancient Chinese, each animal partially reveals a person’s character or even fate, resembling the 12 constellations of the West.

The Chinese zodiac is a distinctive way of reckoning years and can be traced back to the reign of Huangdi, or the Yellow Emperor. By observing the movement of the sun and the behaviour of the 12 animals, ancient Chinese linked these animals with the 12 Earthly Branches.

The Chinese zodiac and the myths it inspired have had a far-reaching influence on Chinese history, culture and art, but also clothing, catering and festivities.

People born in the Year of the Rat are said to be honest, frank, simple, sensitive, impetuous, and capable, while also being gentle, soft and careful. They are curious about the opposite gender, and keen to make others happy

People born in these years are honest, simple, industrious and brave. These people are also thought to be patient, persistent, mild, reticent, down-to-earth and stubborn. With an indipendent mind, they aren’t easily affected by the views of others, and are clear about what is right and wrong, and about what to love and hate.

Those born in the Year of the Tiger are brave, generous, and kind, ever willing to help others. They are also eager to build a good reputation. Chinese often use such expressions as Huhushengwei (to forge ahead with the vitality of the tiger) and Shenglong Huohu (as doughty as a dragon and as lively as tiger) to describe a man, and Hutou Hunao (as strong and lovely as a little tiger) a little boy.

Those born in the Year of the Rabbit are bold, optimistic, and sensitive

Those born in the Year of the Dragon are resolute but open-minded. They have a strong sense of justice and are always ready to help the weak. Their personality is thus befitting of a leader

Those born in the Year of the Snake are quiet and sensitive. While thoughtful, they are capable of responding and acting quickly. They also have good taste.

Those born in the Year of the Horse are thought to be idealistic, passionate, outgoing and heroic.

Generally, those born in the Year of the Goat have a tender temperament, a strong sense of filial piety, and are tenacious in times of hardship.

People born in the Year of the Monkey are characterized by a good sense of humour, vitality and intelligence; they are versatile and perceptive, open-minded, confident and agile.

Those born in the Year of the Rooster have high self-esteem and self-respect. They are honest, sensitive to circumstances, flexible, friendly to others and easy to get along with.

Generally, those born in the Year of the Dog are upright, faithful, generous and warm-hearted.

Those born in the Year of the Pig are brave, honest, resolute and lucky, as well as skilled at mustering support from others. 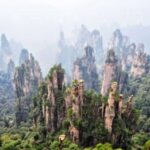 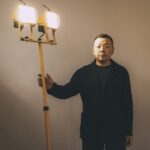