Italy China Institute and the Chinese People’s Association for Friendship with Foreign Countries together to foster mutual knowledge and cooperation and the development of a world of peace and prosperity. 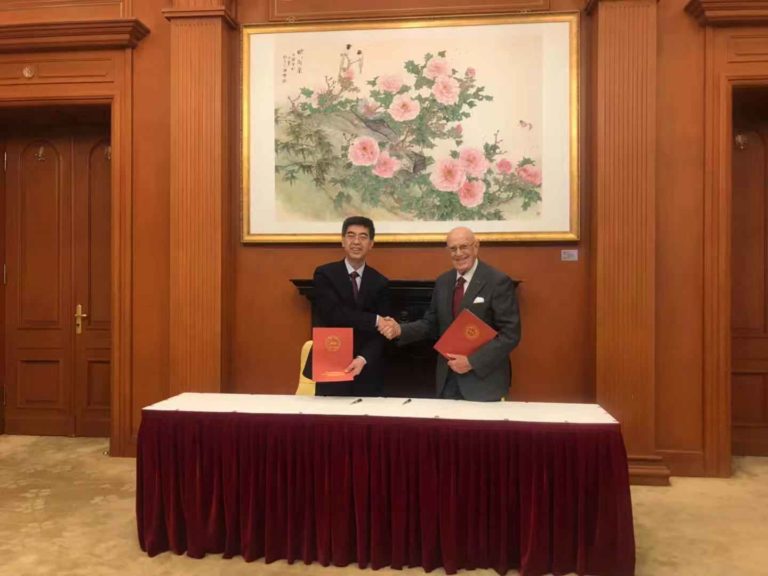 The collaboration protocol – previously signed by the founder Vittorino Colombo and by the President Cesare Romiti – was renewed under the aegis of Cav. Lav. Mario Boselli, President of the Institute since 2017. The agreement aims to foster mutual knowledge, trust and friendship between the two countries through the organization of cultural exchanges and joint projects; to launch cooperation platforms for the development of win-win results in various sectors, such as economics, science, technology, human resources; to promote peaceful collaboration to bring about a harmonious world of common peace and prosperity. “I am very pleased that this important Chinese Association has chosen us from the Italy China Institute” explained Cav. Lav. Mario Boselli “as privileged interlocutors to develop new strategies in the fields of art, tourism and hospitality and as a link with the most qualified Italian institutions.”

The Chinese People’s Association for Friendship with Foreign Countries (CPAFFC), founded in 1954 on the initiative of ten national civil organizations, is a national civil organization of the People’s Republic of China dedicated to diplomacy between peoples. The Association’s objectives are to strengthen the friendship between peoples, to foster international collaboration, to safeguard world peace and to promote common development. All the Association’s activities receive support from the Chinese government and patronage from all sectors of society. As a non-governmental organization that has general final status in the Economic and Social Council of the United Nations, it participates fully and actively in the affairs of the UN and in the exchange activities of other international and local organizations. Today it has 14 departments, 350 employees in the Beijing headquarters, and over 300 associations located in the various provinces. It has founded 46 associations for regional or national friendship between China and foreign countries, and has established friendly collaborative relationships with nearly 500 civil societies and institutions in 157 countries.

The commitment to deepen knowledge and collaboration with Italy is part of this broad activity, and it sees the Italy China Institute as its point of reference.