白露 (báilù) White Dew, the 15th solar term of the year, fell this year on the 7th of September. The name comes from the dew which can be found on plants. Usually during this time, temperatures start dropping all over China.

In the past people used to gather dew from plants to drink it as it was believed to have refreshing effects on the body.

At this time of the year eating 龙眼 (lóngyǎn) longan fruit and grapes is common, people believe that longan fruit can bring luck to the descendants of those who eat it, calm the nerves and cure insomnia.

White Dew is linked to a legendary king: Yu the Great (c. 2123 – 2025 BC). He is considered the founder of Xia dynasty, known for the introduction of flood control and his upright moral character. During White Dew, fishermen in Jiangsu and Zhejiang provinces worship him, hoping he can bring them luck and wealth. 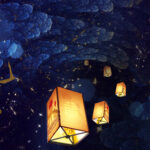 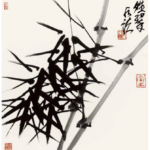