Zeng Fanzhi (born 1964) is a contemporary Chinese artist based in Beijing.
Born and raised in Wuhan, China, Zeng graduated from the Hubei Institute of Fine Arts, Wuhan, in 1991.

During his youth Zeng was inspired by China’s ’85 New Wave movement, which saw artists search for a new, often more conceptual, language after the Cultural Revolution of the 1960s and 1970s.

Zeng closely followed and studied Western art and was particularly drawn to German Expressionism and French Romanticism, through which he observed the ways in which his predecessors processed and visualized their experiences during times of extreme societal flux.

In 2014 the Louvre commissioned a painting inspired by Eugène Delacroix’s Liberty Leading the People (1830) for which Zeng created From 1830 to Now, No. 4; hung next to the original, it united opposing styles and times under a common theme. Similarly, in 2017 the Van Gogh Museum, Amsterdam, presented an exhibition of four works in which Zeng bridged Vincent van Gogh’s unique use of color and brushstroke with his own.

Combining imagery from Western myths and religion, Zeng reaches across culture and history, opening up an entirely new artistic language.
Zeng Fanzhi’s visually and historically complex paintings reflect his bold experimentation with, and fusion of, Eastern and Western artistic traditions. 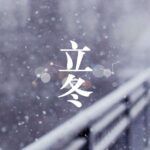 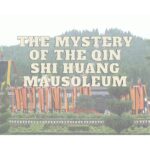 Next Story:
The Mystery of the Qin Shi Huang Mausoleum